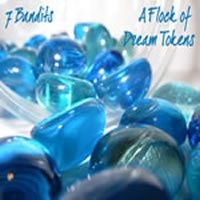 A Flock Of Dream Tokens

Although 7 Bandits’ blueprint for electronic listening music — aching electro-synth with mid-tempo beats and occasional guitars — isn’t quite a revolution in and of itself, A Flock of Dream Tokens is an amazing album. Similar to the early work of Autechre, Aphex Twin and Boards of Canada, the band is one of the few European artists who can match their American precursors with regard to a sense of spirit in otherwise electronic music.

This is pure machine soul, or a rusting Commodore 64 just about to give up the ghost. Alternating broadly sketched works with minute-long vignettes (the latter of which comprise several of the best tracks on the album), A Flock of Dream Tokens might just be one of the best electronic releases of 2006.

Zero V – Agree to Disagree [an index of possibilities]