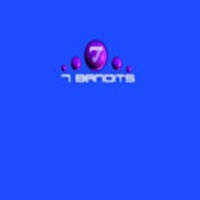 This is the debut album of 7 Bandits. Although still a mystery, they (he, she, it) have managed to deliver 4 songs entitled: The Brufolk Equation.

The album kicks off with the 19 minutes piece Drumden Haviken, which is a drone-based song. This moody and ambient piece of work could have been made for a film-noir. It is a very dark song with little to none instrumentation, although, in the end we stumble upon a tuned piano sound.

The second song Menhir Verdu Dak is a whole lot shorter than the first one. This one starts where the first one ended, a bit more uplifting. It doesn’t leave us feeling uneasy or uncomfortable at all. Although drone-based it has a bit more instrumentation.

Humankind Verde, a song with a normal title. A song with a more world sound. A distorted drone. After listening to it a few times this song will grab you by the throat.

Medvinken Hukar is the end of this epic and eclectic album. Heavely on the dub sounds, but still it has the signature of 7 Bandits. We could call this one a crossover between number 2 and 3. It carries both aspects of arrangments and setting, but still in its own right.

After have listened to the album several times, we are left with one question: Who is/are 7 Bandits. One clue is left: there seems to be an anagramm in the title of the songs…