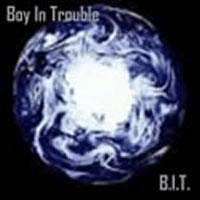 Henk’s first solo album as Boy In Trouble, entitled ‘B.I.T.’.
The album consists of 6 drone-based instrumental songs, this album has remained a firm favourite of Henk’s. Released in 1989. All aspects of the recording were handled by Henk.

Transferred from tape to hard-disc, it took Henk several nights to polish the original recordings so that they’re worth publishing (2005 remastered).

“Doubt rented a room at fear’s place, somewhere back in the dark alleys of a man’s brain. Just now and then popping out to do some shopping…” is what I recollect from those sessions.