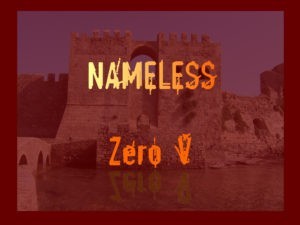 A fusion of ’90s electro and its requisite Twin Peaks fixation with the hilarious concept feel of a Parliament-Funkadelic LP, Nameless sees Zero V on a continuing mission to “publish whatever possible!” Included are remixed versions of demo tracks from his unpublished album ‘To Dance or Not To Dance’ and new tracks which make up for a slight lack of ideas of the re-release of ‘Leaves of Grass’. “Think” works around the drone from a moog and the occasional radiowaves are spot-on.