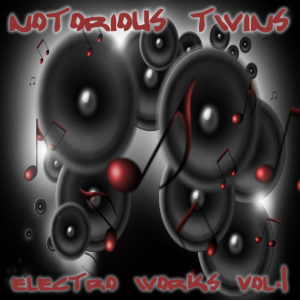 An EP with 4 tracks. A result of numerous recording sessions during the period 2005 – 2009. Although it’s quite a timespan, the tracks have all together a coherent sound.

The music is electro based. Hints of nostalgia drift by like a morning haze on the first track. Firmly grounded somewhere in the 80s, yet with a modern feel.

The second one, Sound Factory, is more uptempo and has a repetitive character.

Bleep Hop, the third track, is more vocal oriented. It almost sounds like a tennisplay between the vocals and the music. Soothing acid sounds give it its edge.

They finish with the track Smooth Circuitry, a mid-tempo song. A steady beat with synth patterns and acid loops.

This is number one is a series of 4.

All tracks are written, played and produced by the Notorious Twins.

Nostalgia Rhythm Orchestra – At The Rave